Many years ago I read a story about the resignation of Google’s lead designer. He wrote a bitter post, where he explained why he did it. I recommend that you read it before you proceed with my post. Initially, it was just an curious story for me, but now I see profound implications.

The meat of this story is with the following statements:

Google had plenty of designers on staff then, but most of them had backgrounds in CS or HCI. And none of them were in high-up, respected leadership positions.

Reduce each decision to a simple logic problem. Remove all subjectivity and just look at the data.

Data in your favor? Ok, launch it. Data shows negative effects? Back to the drawing board.

I personally find them very interesting and amusing. We come from an era where the people in “respected leadership positions” took all decisions. The rest of the organisation had to obey and venerate them. It even seems that, as a designer, he regarded himself as above the rest.

What puzzles me even more is the last point of the list above. Is he implying that, even if the data shows negative effects, the changes should be kept just because they come from above? It looks like he had never heard of the New Coke fiasco. 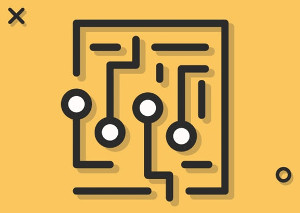 I can’t fault Google for this reliance on data. And I can’t exactly point to financial failure or a shrinking number of users to prove it has done anything wrong.

Whether you like Google or not, it is a clear example of a company that has based its decisions on data. With 114,000 employees in 2019 and net income of $30.736B in 2018, nobody can say it is a failure. If Google is where it is now, it is because it has a lot of data and uses it wisely. In fact, I am wondering why this designer does not get it.

If you have been reading my blog for a while, you probably know by now where I am heading to. In today’s world, we do not need to be gurus of marketing or super-heroes to take the right decisions. Or, even worse, egomaniacs who only care about themselves and think their ideas are always the best. Instead, what you need is good quality, actionable data to take decisions wherever possible.

It is very unlikely that we see another company like Google raise to the stardom of Wall Street. However, there are many small companies out there that can benefit from this story. I know it is impossible to use data for all aspects of a company, but there are quite a few areas where data can be used.

Photo by Pixabay from Pexels