I am sure you have been hearing a lot about Adobe Sensei lately. This technology was announced in November 2016, but only in the last few months it has become more mainstream. In summary, Adobe Sensei is Adobe’s approach to artificial intelligence. In this post, I would like to provide a brief introduction to this new Adobe offering. I am not an expert in these technologies, but if you have heard of these technologies and are wondering about them, this post will shed some light.

Let’s start with the basics. What is artificial intelligence? One explanation that I found particular interesting is (from the Wikipedia): 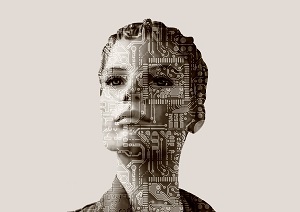 Believe it or not, artificial intelligence is not something new. It started as a discipline in the 1950’s. The computers back then could only support simple use cases, but researchers in some universities started to envision what this technology would look like in the future. I would venture to say that Steven Spielgberg’s film brought this technology from the research centres and R&D departments to the general public.

At the same time, with these capabilities becoming more widespread, some voices have started to warn about them. Elon Musk is probably the most well-known voice with this view. At the other end of the spectrum, Bill Gates thinks it will be good for humanity [links]. Personally, I would like Gates’ view to be right, but I share some of Musk’s concerns.

This is Adobe’s approach to artificial intelligence and machine learning. The definition in the previous section is very broad and there are many approaches to artificial intelligence. As far as I know, Adobe has no interest in self-driving cars or military equipment. So, from all the paths that you can take with this technologies, Adobe has chosen to focus on what it does best: digital experiences.

It is also worth mentioning that this technology is for all Adobe clouds: Document Cloud, Creative Cloud and Experience Cloud. Obviously, I will only be focusing on the latter.

Applications in the Adobe Experience Cloud

Unlike other AI technologies, where the provider offers access to their proprietary technology and you have to decide how to use it, Adobe has taken a different approach. Chances are that you are already using it, without knowing it. In other words, Adobe has embedded Adobe Sensei in some Experience Cloud tools and you only use it through these tools. You do not need to be a developer to benefit from it.

Check the following places where Adobe Sensei is hidden:

« Some learnings from Cambridge Analytica Anomaly Detection and Contribution Analysis »